History of the Douglas Library of Hebron

One of the pre-cursors of the Hebron Library Association was the Rosebud Literary Society.  See photo below taken in the 1880’s.  These ladies all lived in Hebron Center and were avid readers and friends.  With those dresses, they couldn’t very well gather on the Hebron Green to play Soccer or Baseball so they sat, read and chatted instead. 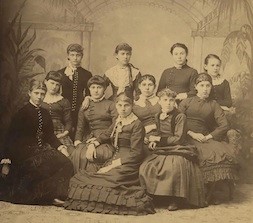 From Dr. Cyrus H. Pendleton the president of the Library Association (1889-1919), we learn that “In 1888, an association was organized under the name of The Hebron Literary Society, a constitution adopted and by-laws enacted having for its object the creating and maintaining a library.”

Before 1899, those wishing to use the library paid $1.00 a year.  The thirty or so contributing individuals could borrow from the initial 200 volumes that were kept at the Pendleton’s home.  The collection included poetry, history, travel, biography, natural history, fiction, juvenile books, and magazines.  After 1899, the town paid $50.00 annually and a bequest by Benjamin A. Bissell made the library free to all residents.

In 1889, the Literary Society voted to transfer its property to the Hebron Library Association, incorporated by an act of the legislature at the January session of that year.  The library was kept at Dr. C. H. Pendleton’s home until a library was built in 1898, on land given to the association by Mr. Eben B. Page of Boston.   The 1899 library, seen below, was built at a cost of $1,000 and encompassed 2,400 square feet. Lying within the Hebron Center Historic District, the Douglas Library is included on the National Register of Historic Places. 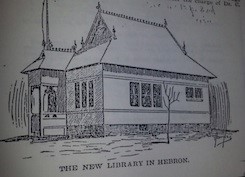 Following the death of his wife, Ida Porter, Dr. Charles J. Douglas endowed a large sum of money to the library in her memory.  Ida had assisted the library for about 40 years, and Dr. Douglas wished that the library become known as the Douglas Library.  The name change occurred in 1949.  Dr. Douglas’ endowment, as well as contributions from some others, was sufficient to support the library for many years.

By 1957, Hebron had outgrown the library building, and the first addition was constructed.  See where the new space was attached to the original 1899 structure. 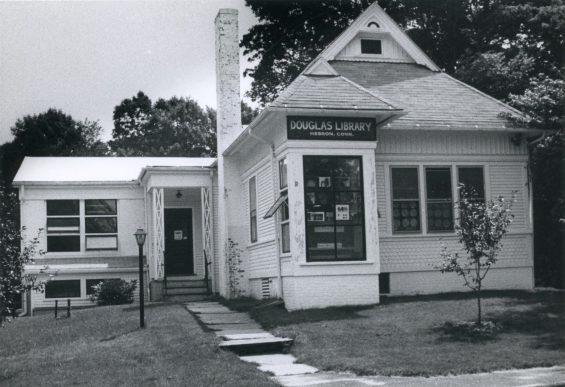 In 1996, a more highly populated Hebron felt the need to both modernize and enlarge its space. To fulfill those needs, a neighboring property was purchased, plans were developed to answer both exterior & interior needs, and building began.  At this point, the Town of Hebron became more involved in financially assisting a Douglas Library that could no longer fully support itself.  See photo below of the newest building that opened in 2000, at a cost of $2,585,000 with a combined total of 16,800 square feet. 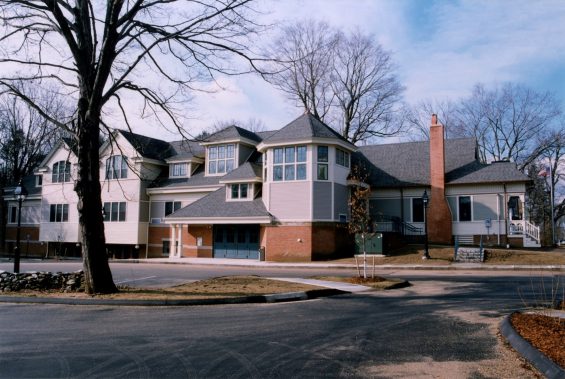 Five years later (2005), the Library became a Town Department, but still retained a connection with the Douglas Library Association.  The library personnel as well as building & property maintenance expenses were taken over by the town, thereby assuming 98% of the Library annual budget.

In just over 125 years, the Douglas Library of Hebron has grown from being a library with 200 books to a collection with about 50,000 items including books (both print & audio), magazines, music, DVD’s and more.